skip to main | skip to sidebar

THE GREEKS HAVE TO PAY, SAID THE WISE MAN TO THE CROWD

The EU is determined, "the poor out of the Union, only the rich stay!" Christine Lagarde of IMF warns the situation is much like the '30s. But are these people really talking just of economy, or they see that beside economy, before economy, there are people? People who are not always protesting because they want to overthrow the system, but if "we" force them, I'm sure they will do so. And if they overthrow the government, if Greece becomes a new Tunisia, or rather a Germany of the 30's then Mrs Merkel and the international creditors can go to hell with their damn credit. Or better, she will have to lead the way, because the speculators are not people, but systems. Systems that now rule over countries and sovereignity. Some call it "debtocracy".
The money banks invented through promises and speculation, the capitals that rich companies make is not enough to help the real greek economy, so why should they want it anymore? It's enough to overthrow the government, refuse democracy (the greeks!) and voilà, international credit doesn't exist anymore. They simply will refuse to pay. As Hitler did, after years of too high payments due to the Versailles Treaty. In 1935, he simply refused to pay. And what did the "serious" countries come up with? "Appeasement!" They were scared! All the civilized, modern (and colonial) countries of Europe got scared! Because the only thing that really scares capitalism, even much more than crisis itself, is the end of the game. If Greece withdraws, the game's reduced, much less fun ahead. 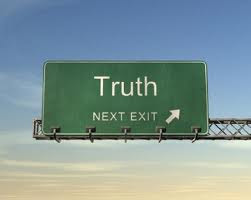 They say the debt needs to be repaid, if you're not able to keep up we won't give you anything anymore. In fact, what the EU is asking of Greece could be asking from any other european country as well. They say Greece has an enormous debt. Don't they also in the Usa, in Japan, in Italy or in the Uk? Certainly, what about Finland, The Netherlands, Austria.. Germany? All those countries who once again proved how serious they are. Greece has to pay because it cannot pay. And if the state cannot pay, let the people pay.
We hear of "recession", "growth", "credit", and the people who are working on these terms are analysing the data, explaining why Greece hasn't done enough to make its money deserved. All of a sudden, more times on a row, the EU starts panicking as the markets (and IMF) pressure them to find a solution for the greek recession. Athens has to cut costs if it cannot improve its productivity. "Hurry Greece, hella hella!"
Now, EU’s genius plan is to cut up to 150,000 public jobs, let alone the cuts on the retirement funds. All of this just after decreasing unemployment subsidies, after cutting salaries, raising taxes and basically forcing many people to evade taxes even more, as high as they are.
They say greeks lived beyond their means, or at least some greeks. Is that enough to condemn a whole country? Can the guilt of a government and those who cheated in the past have their citizens pay? Because this is what we're asking of greeks, to pay off a debt that would never be claimed, for the sake of "justice". The justice of capitalism, where everything is rational, much more rational than life itself. And to such a rational stand, irrational actions soon follow. 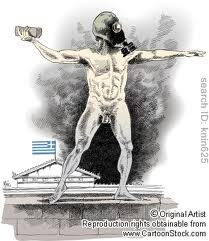 Of course, the serious nations (!) of Europe are saying: "we work hard, we deserve not pay for those who don't work as hard as us". But then, should we be surprised if the greeks of today don't want to pay for the mistakes of yesterday?
Greeks have free University, free health care for public workers and their families, "privileges should be broken down", the experts say. But who are these "experts", these virtuous people instructing sovereign countries on what to do to best service their people?
It's rating agencies for example, with billions of budget every year, richer than countries themselves, lending imaginary money to institutions and down to real people, until some genius realizes: "hey, you didn't make any real money out of that, give it back!" They
Fortunately, there is not just rating agencies and their customers (public institutions and media, for example). There is not just the capital and the very rational way of saying "let's either cut costs or improve productivity".
say corruption is a plague in Greece. Well, why did you let them in then?
Every new month, when bonds are sold, when credit is purchased on the "free market", somebody makes money by betting on which cards the other player is holding. This drunken game sees international speculators playing the role that once belonged to States. Rating agencies are waging war at countries, declaring them insolvable - unable to pay.
"Ok then, we are insolvable right? Then we won't pay anything anymore". 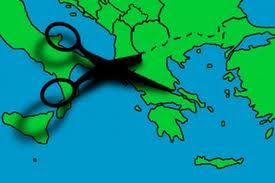 This is the way it could end anytime soon if the EU still rambles on about "austerity". Mrs Merkel certainly appeases its people by making them believe Germany is a good country, and there is never going to be a risk with them. Too bad history is very clear on that, after all Weimar’s Germany was in a very similar situation, owing money to France. We all know how it went on, with Hitler promising its people France will not get any more money from them. Because "it was unjust".
This is what we're doing to Greece, we're forcing them out of the game, because they can't play. Obviously, we hope they will bet on their house, on their car, on their clothes as well. We absolutely want to play with them, we need them, but we have to try and pull the rope as much as we can. At the other end of this rope there are hundreds of thousands of people who were given a job by a public institution, with a contract stating they shall be working, they shall retire, etc. (and then what? Only to be betrayed in the end..etc)
The market says the rope won't hold much longer, so we'd better keep it for ourselves. If they really want to be helped they should drop everything left on them, and only then we will pull the rope.
So it's them and us. On the same rope. In our frenzy to face the present and the crisis that's everywhere in Europe and not just in Greece, we believe we will always be "we". We think we can always look at "them" and at their problems. In the meantime though, we can't really be without them, because after all we let Greece in the EU because it would help the exports of other countries, such as Germany. Mrs Merkel’s country has sold billions worth military equipment to Greece in the last years, didn’t that increase the greek debt too? 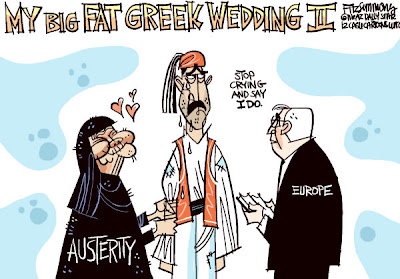 Obviously I'm not suggesting a new Hitler will get the power in Greece, but if we condemn generations to pay for what their parents did, I'm sure many people will be really pissed, trained against the system (and the countries) that sent them to sudden poverty.
"So, thank you capitalists/corporations for creating jobs with your funds (on which you pay ridicolously low taxes, by the way) since those jobs won't be there anymore, we're afraid you won't get any money back, sorry!"
Mr Monti says the politicians "had too much heart in the past". They spoiled their people seeking their vote in the next elections. Now, we're all against politics these days, the politicians are those who created or didn't solve the problems we're facing, ect.
It's like a discussion between two people who can't see each other, bluffing on what they really look like, it's just logically impossible to understand who's right until you don't see both of them. What Germany and the EU and the banks and mr Monti are saying is: "we're right. We're sure". And many are happy about this, "oh, finally somebody who knows what they're talking about". Yet didn't the EU foresee Lehman crisis, why didn't the banks pay off their debt, instead of getting money from the states. The truth is THE BANKS WERE THE FIRST TO BORROW, WITHOUT GIVING BACK THE MONEY TO THE STATES. They can do what the people cannot. Not only the financial markets drank everything there was to drink, but now they want to take the bottles from the people involved in the real economy, so as to make sure they won't drink not even their damn coffee.
So we are to believe cutting 150,000 jobs will make anything better in the future? I mean, DO WE THINK THAT NUMBERS COUNT MORE THAN PEOPLE? Of course, if you still didn't get this you really have no idea what system capitalism is. "The best system around", it figures. 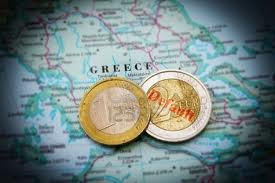 Reminds me a lot of Pangloss, of Voltaire's "Candide", who was absolutely certain this world is the best possible. I believe if only 50,000 out of those 150,000 do not find a way to make a living we will soon have 4 times those people promising that they will never pay the taxes again. Out of those, a few good thousands will have good reason to think violence can be the only way to be respected by the capitalists. And the first capitalists I can think of are the usurers. This is what the market systematically does. It promises you good and then one it shows up and asks for it back. You ought to be prepared for that day, where the distinction between "them" and "us" will be very clear. 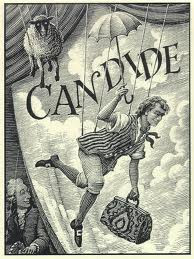 A good quote to remember follows:
read here for the very interesting story about this quote
here you can find a short description of why Germany still wants to play the game with Greece and why it's better for them if they don't insist too much on Greece, forcing unforeseeable situations they should remember well from their history.
here you can read and understand how even an undergraduate can replace its passion for videogames with a love for financial markets (meaning, it's really a game isn't it?)
here you can find other financial delicacy, for real gourmets
last but not least, here you can enjoy how the debt can be actually turn on your brain after too much TV
Pubblicato da Francesco Conte a 08:06 0 commenti

some of my best shots while traveling Stairway to park, a photo by fran_atopos on Flickr.

the Italian Tour: TIRED OF THE CRISIS? GO LIVE IN CALASCIO OR ON GRA...

the Italian Tour: TIRED OF THE CRISIS? GO LIVE IN CALASCIO OR ON GRA...: It's a chance we made it up to Rocca di Calascio. I had met some time before 2 people from Calascio, where they grow bio-food and live in r...
Pubblicato da Francesco Conte a 07:27 0 commenti

the Italian Tour: VENICE - THE MUST OF ANY TOURIST IN ITALY

the Italian Tour: VENICE - THE MUST OF ANY TOURIST IN ITALY: Ok, I'm not crazy about suggesting you what you already know: Venice is unique, impossible to miss, a real must for anybody. When you do ...
Pubblicato da Francesco Conte a 04:30 0 commenti 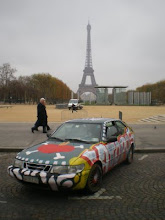 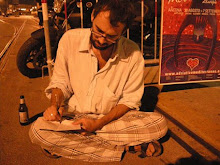 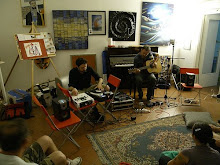 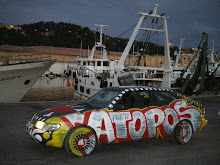